What should I know about social network use while I am in the process of trust and estate mediation?

Using Social network sites during mediation should be carefully monitored and, perhaps, limited. Social media sites like Facebook and Twitter are used by hundreds of millions of people. Therefore, anything you publish on these sites could be discovered and used against you. This could be detrimental to your mediation. Contact a Phoenixville mediation attorney for details.

Social network use can be especially harmful when you are in the process of mediation for a divorce. According to the American Academy of Matrimonial Law, 81% of its members have used Facebook as a source of evidence against one spouse in a divorce case. So you should remember that your ex-spouse might use anything you post online against you. During mediation, you want to avoid sharing anything that could put you in an unfavorable light while negotiating child custody or division of assets. So those photos of you drinking with your buddies or making out with your new boyfriend should be kept offline until after the divorce has been finalized.

There are three main reasons why Facebook can destroy your divorce mediation:

If you are considering using mediation to settle your dispute, consult with an experienced Phoenixville mediation attorney. Unruh, Turner, Burke & Freeshas mediators who can help you resolve your conflict without costly court fees. Contact us today at 610-933-8069.

by David M. Frees, III [email protected]
Connect with me
Attorney, Speaker and Author
1 Comments
So i think it is better to good bye your social media accounts for time being when you are under going divorce mediation
by Orange County Mediators November 22, 2012 at 01:55 AM
Post a Comment

The Ten Most Common Mistakes Pennsylvania Executors Make...and How to Avoid ThemRequest Information 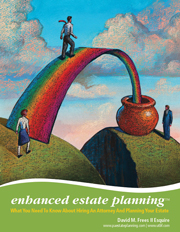 Enhanced Estate Plannning: What You Need to Know About Hiring An Attorney & Creating A Plan That WorksRequest Information 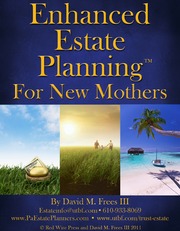